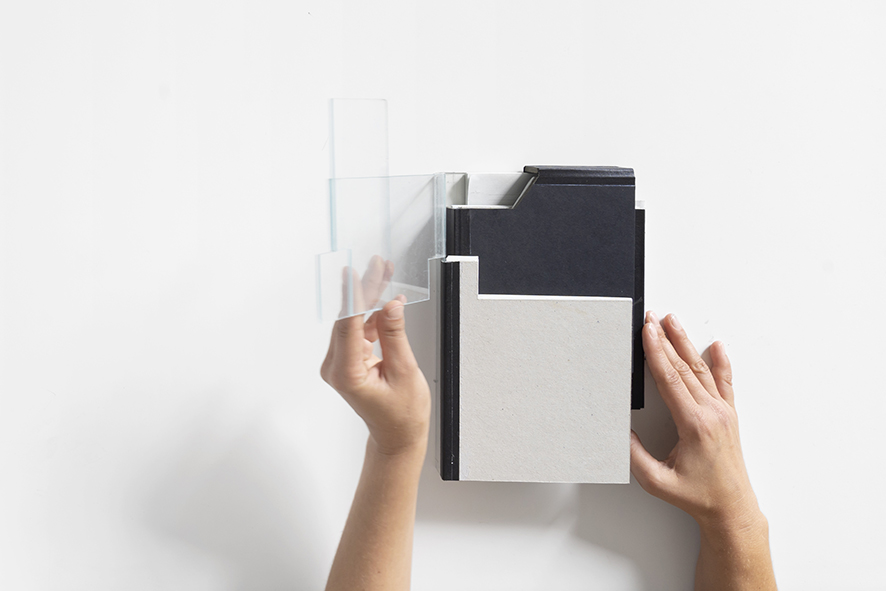 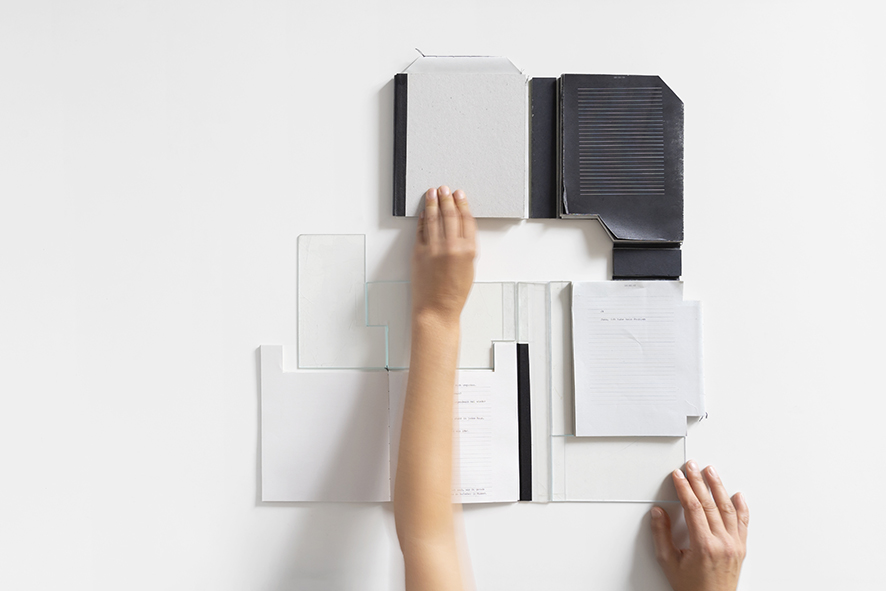 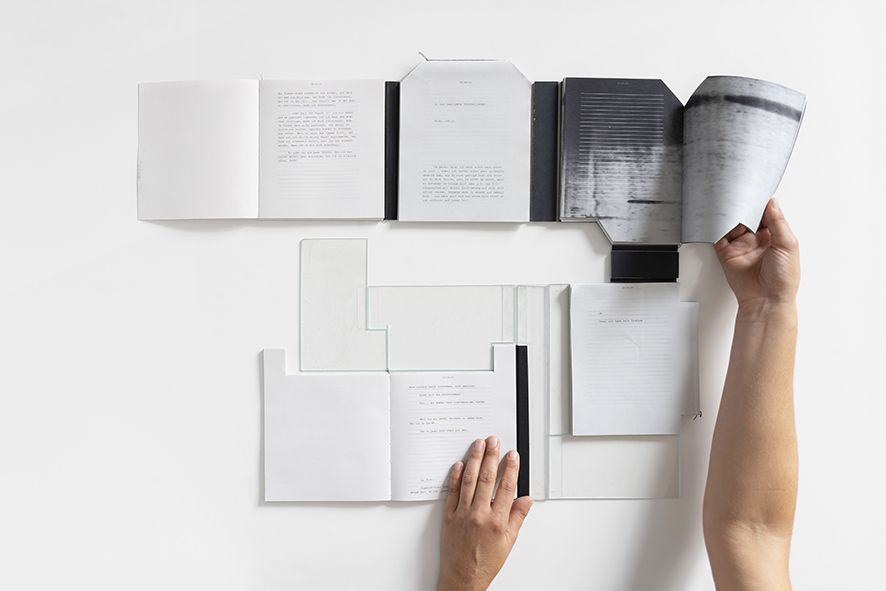 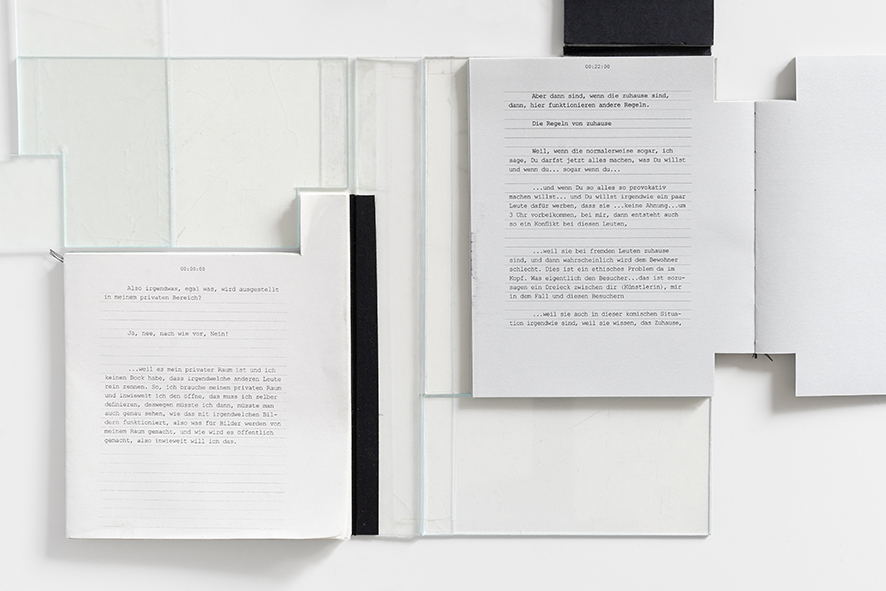 "(...)Once opened, this book-space can be unfolded further to reveal more of its interior. With each ‘page’ turned, the viewer proceeds further into the flat and is able to virtually access and discover the different rooms on the floor plan. This requires focus. The artist leads the viewer through the flat by allowing them to gradually identify the rooms’ various purposes: the common spaces, like the hallway, bathroom, and kitchen, are made of acrylic glass. The private rooms, on the other hand, are made of light grey or black cardboard. Besides differing dimensions and shapes, these surfaces or pages are also distinguished by different texts. In these rooms, which – also on an emotional level – constituted Effrosyni Kontogeorgou’s home for a while, she planned to put on an exhibition in 2013. As a matter of fact, she did not merely want to use the rooms; she wanted to convince her five flatmates to be participants. They would interactively take part and have a say in the planning of events. For this, she obviously needed their consent. To concretise her at that point still quite open-ended concept of such a project, she invited all her flatmates to a meeting on ‘public exhibitions in private spaces’. She asked them questions, first and foremost: ‘Am I allowed to exhibit within your private space, yes or no?’ and ‘If yes, how far can I go?’ A long, interesting discussion on the public and private spheres evolved, including questions regarding their limits, intersections, and possibilities. Reflections emerged on open spaces for artistic productions other than the usual institutional structures and spaces, on the effects such a project might have on the perception of both participants and visitors, and much more. The artist recorded this discussion on tape. It continued for about three hours, of which Effrosyni Kontogeorgou finally selected and edited forty-two minutes, according to the topics addressed. She transcribed the selections and ascribed them to the flatmates by allocating them to the different rooms. In the five separate parts of the book that represent the individual rooms, each comprising forty-two pages sized according to the proportions of the room, she put down the flatmates’ answers but left the questions out. When reading the answers, the questions can be more or less easily reconstructed, which of course requires a deeper involvement with the book-object. This is naturally the case with any book: It takes time to read it and understand the written content at hand. Whether or not an exhibition actually took place in the shared flat at that time is not relevant for this work. What we do know is that five years later when she was invited to exhibit at the Bremen City Library, Effrosyni created this wonderful book-object, which oscillates between architectural structure, art object, and sociological research. (...)

Excerpt from the text “A book as a space - a space as a book. The public versus the private”, by Katerina Vatsella, Translated by Hannah Regenberg