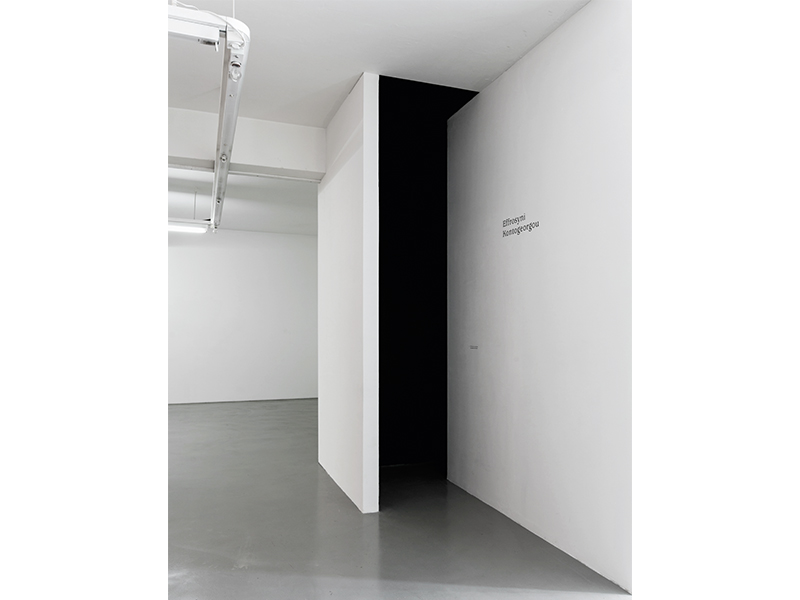 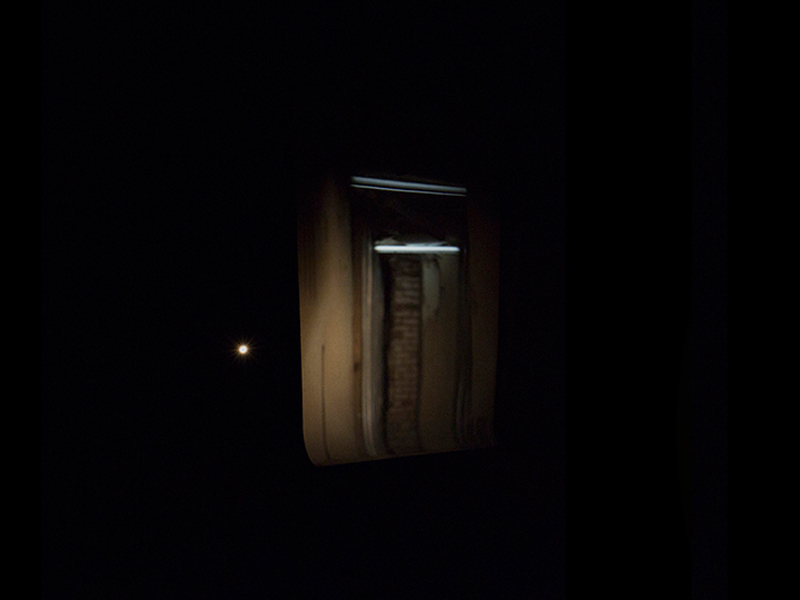 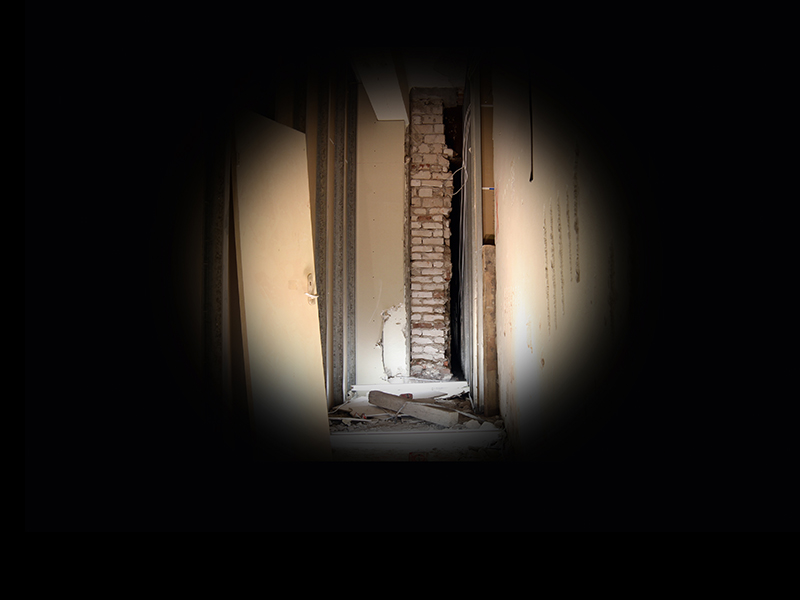 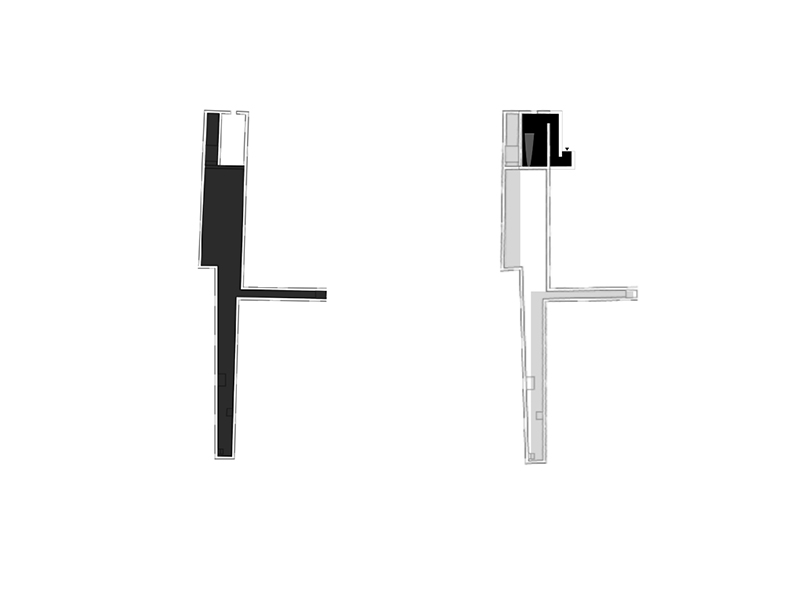 “The Weserburg is housed in a historical warehouse that was transformed into a museum for contemporary art in 1991. To adapt the exhibition spaces to the demands made of an international art institution, numerous walls had to be removed, while others had to be added. The process created forgotten niches that have not been visible or accessible for over twenty years. With her site-specific work, Effrosyni Kontogeorgou provides a look inside one of these hidden hollows. A narrow, specially constructed passageway ends in a small room bathed in black, which Kontogeorgou takes up in a double meaning of the ‘camera obscura’ concept. It is not merely a dark exhibition space; more than that, it is a fascinating observation apparatus that uses the pinhole camera principle. Through an inconspicuous round opening, light falls on a piece of paper that appears to be floating in space. Only after spending quite some time in the space can the viewer recognise a ‘photograph’ in its literal sense, a drawing with light, which, according to the rules of optics, appears as an upside-down mirror-image. It reveals a narrow room located behind the back wall. Kontogeorgou installed fluorescent tubes in it; other than that she did not change or rearrange anything. Delicate outlines of light and shadows indicate discrete architectural details: next to old brickwork and racks, a forgotten door, removed from its place and leading to nowhere for more than twenty-five years. The building’s history and its transformation process from a warehouse, which experienced various commercial and cultural uses, to a collector’s museum is thus exposed to some extent. Kontogeorgou puts on display the fragility, the filthiness, as well as that which has been forgotten, that which is hidden behind the white walls. It is a surprisingly stark contrast to the perfectly clean and tidy surfaces of the exhibition spaces. In both senses of the expression, light is shed on the supposedly neutral ‘white cube’ that has become standard in the world of museums. It is not only about the purely formal investigation and exposure of exhibition architectures, but also about the comprehensive confrontation with artistic contexts. The intervention in the museum’s architecture makes possible a visual experience that has one reflecting on the past and the present, presence and absence, interior and exterior, subject and object, but also, in particular, seeing and not-seeing. Instead of a neutral space, an empty shell for changing presentations, the museum itself becomes the object of contemplation, worthy of representation, if only in a weak, barely perceptible light projection in a dark room. (...)”

Excerpt from the text “Interstice” by Ingo Clauß, Translated by Ingrid Lezar